We have opened the PWR! Virtual Experience! Join Today! 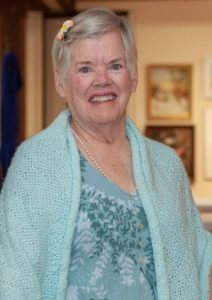 Ginny Olson Richardson
This month, we express heartfelt gratitude to Ginny Olson Richardson, a lifelong artist and long-time PWR!Gym member, who is making a PWR!ful difference. Ginny recently decided to do something special to thank to the Parkinson Wellness Recovery family. Having created a sizable collection of her own artwork over the years,Ginny invited family, friends, and members of her community to a showing of her artwork, where the proceeds would be donated to the PWR!Gym. Throughout January, Ginny's artwork was displayed in the gallery of St. Philips Episcopal Church, and friends and family flew to Tucson from all over the country to bid on their favorite pieces. Since the show, nearly $5,000.00 has been donated to PWR!. Thank you, Ginny, for making a PWR!ful difference for our community.

Ginny was born in Georgia.  Growing up in a military family, she lived in thirty places—nationally and internationally—before she turned thirty.  These early moves inform her artwork in terms of breadth of subject matter and interests.  Ginny has been an artist her entire life, completing a BA degree in ceramics from Alfred University in western New York state and working as a graphics artist before a career as an art therapist in hospice in Tucson.  After a productive and formative year living in Paris in the mid-1980s—where among many valuable experiences she got to know a Fulbright artist doing performance art—Ginny began creating performance paintings herself in a wide range of settings, from schools to churches, painting large works in an hour or less.  She has also been drawn to northern New Mexico for over 40 years, working to capture the light, landscape, and spirit of the area.  Ginny uses a wide variety of media, including acrylics, oil pastel, oil, watercolor, and ceramics, and her art spans many genres: landscapes, portraits, still life, liturgical, and narrative scenes.  Her work has been exhibited locally, reviewed in the Arizona Daily Star, and purchased by individuals and hangs in churches across the US and internationally.  Diagnosed with Parkinson’s Disease in 2013, Ginny has recently been creating more abstract artwork.  She and her husband Randy have lived in Tucson since the late 1970s, raising their two children here.  They first started attending St Philips in the early 1990s.

Ginny has painted many pieces of art, some as large as 4 feet by 8 feet, in a single hour.  Sometimes she has done a drawing during a book reading, as she did for Gary Paulsen’s Hatchet in her son Aaron’s elementary school.  Other times she would paint during a sermon, coordinating beforehand with the preacher on text and subject matter.  Sometimes she would do multiple paintings in a single morning if the church had more than one service.  She also did performance paintings at her beloved Ghost Ranch in Abiquiu, northern New Mexico, typically outdoors.  Below are some photos of her performance art. 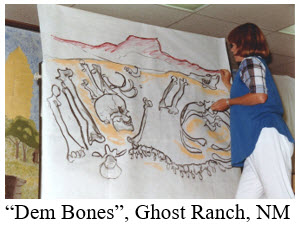 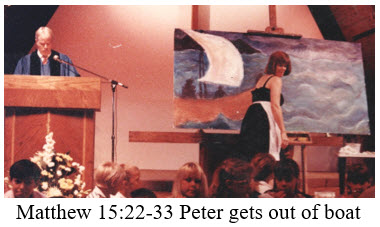 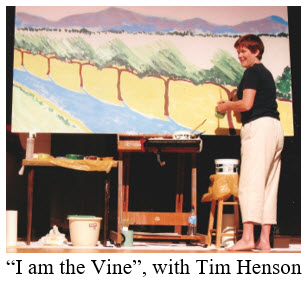 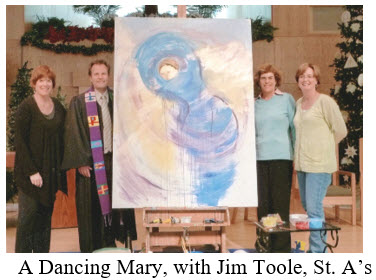 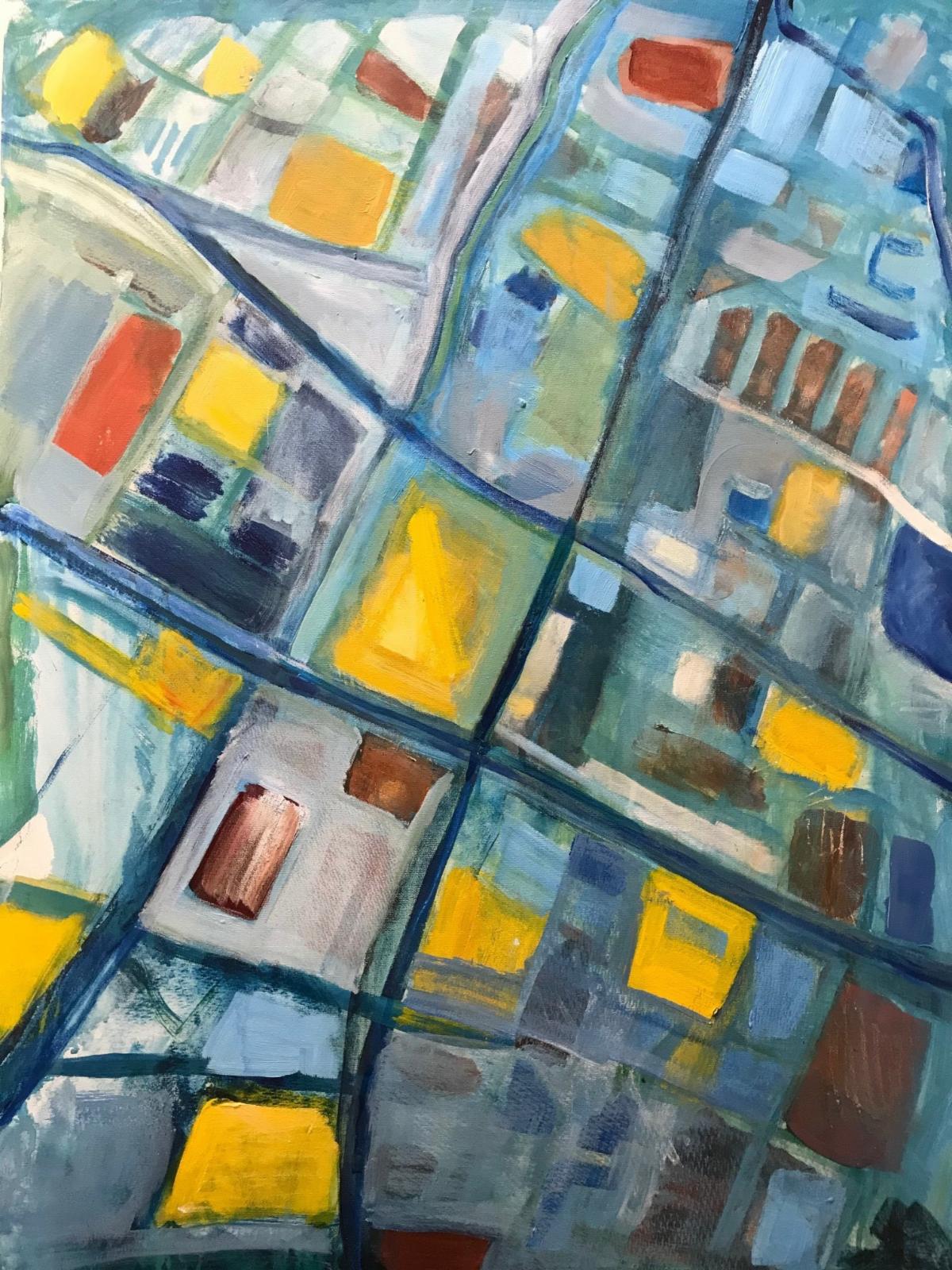 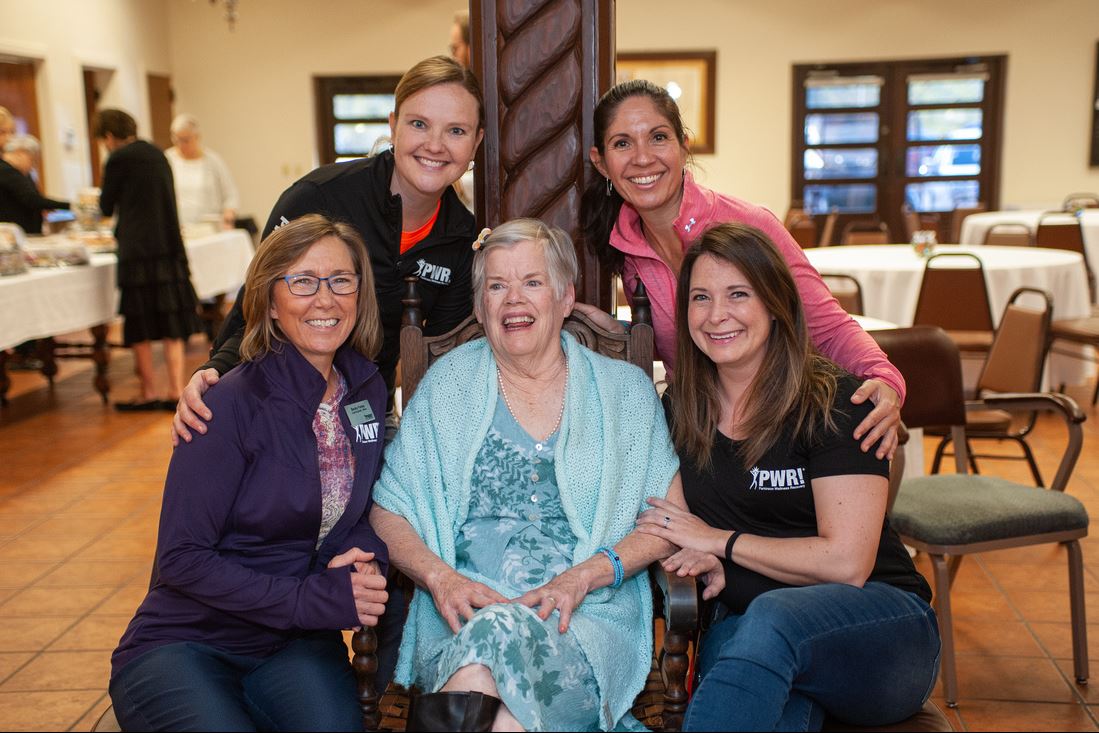 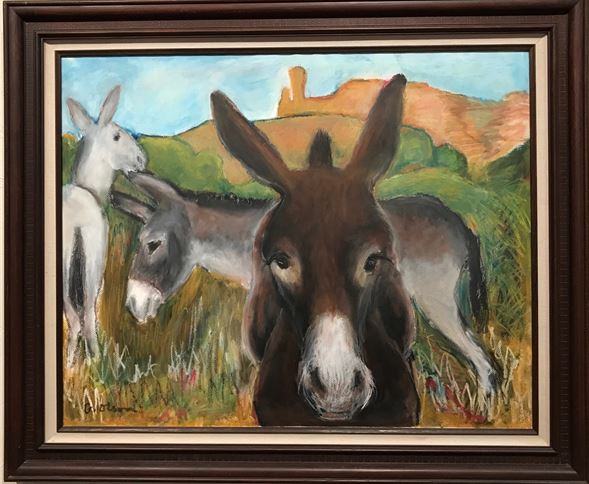