The PWR!Gym has transitioned temporarily to virtual programming for all group classes, physical therapy, and wellness services. Visit our PWR!Gym status page. 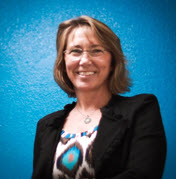 This month’s research corner highlights the best evidence to date for why you need to exercise starting from diagnosis (even before) and not stop when you are diagnosed with Parkinson disease (PD)…. And, it explains what we mean when we say “Exercise is a physiological tool in your fight against Parkinson disease.” Since it is one of my favorites, I have taken the time to summarize it for everyone.  See you at the PWR!Gym!   Becky

Researchers at the University of British Columbia and Vancouver Coastal Health in Vancouver, CA examined the brains of people with Parkinson disease that were habitual versus sedentary exercisers. Habitual exercisers were defined as people that exercise > 3x/week for > 180 minutes.  Sedentary exercisers were defined as people performing at lower frequency or duration. Participants were from 45 to 70 years old and presented with disease severity ranging from mild symptoms (on one side of the body) to moderate symptoms (on both sides of the body and required assist to catch their balance when pulled backwards).

Part 1. All participants underwent two Positron emission tomography (PET) brain scans, one at baseline and another post exercise.  The exercise involved 30 minutes of stationary cycling at 60% of maximal intensity.  PET imaging was performed OFF medications and required the injection of the drug (Raclopride) that was labelled with a radioisotope so that it could be visualized and quantified during imaging.  Raclopride is a dopamine (DA) antagonist, which means it blocks the binding of DA to its’ receptors. The exercise was performed between PET scans to elicit the bodies own (endogenous) dopamine release.  Authors hypothesized that the more DA released in response to exercise, the fewer DA receptors there would be to bind with the radioactive labeled Raclopride.  A large change in the Raclopride binding potential from pre exercise (baseline) to post exercise, would indicate an increased amount of exercise-induced release of DA. This binding potential change was compared in habitual and sedentary exercisers.

Results.  Habitual exercisers showed the largest change in the binding potential, suggestive of a more robust dopamine system with increased release of DA in response to exercise.

Part 2. All participants also underwent MRI/fMRI scans OFF medications to measure brain activity associated with blood flow in the ventral striatum, a part of the brain involved in DA release during anticipation of a reward.  Participants performed a monetary reward task that required the random selection of one of four cards associated with different probabilities of winning a reward. At the start of each block of 20 trials (1 block per probability), participants were explicitly informed about the probability for selecting a winning card. The intensity of the blood flow signal was calculated for each block at baseline and during the anticipation phase of the task (after they selected a card and before they received notification if they obtained the money reward). The percent signal change for the anticipatory phase (as apposed to baseline) was measured across each of the different probabilities and compared between habitual and sedentary exercisers.

Results. Habitual exercisers, as opposed to sedentary, showed greater activation in anticipation of reward in the ventral striatum.

Part 3. In addition to brain imaging, participants were tested on a variety of clinical assessments both on and off medications to measure motor symptoms related to dexterity, function (sit-stand-walk-turn-sit), cognition, depression, and apathy.